SILICON SLOPES, Utah — December 15, 2022 — We’re pleased to announce that John Pestana, ObservePoint CEO and Co-founder, will be inducted into the Silicon Slopes Hall of Fame in February.

“I am honored to be inducted into the 2022 Silicon Slopes Hall of Fame along with Jeanette Bennett and Jonathan Johnson,” said Pestana. “Let’s keep building an amazing future here in the State of Utah.”

John Pestana has been an entrepreneur and innovator in the internet and SaaS industries for decades. He co-founded software powerhouse Omniture, which went public in 2006 and sold to Adobe in 2009. In 2010, he co-founded ObservePoint, which has been named on many prestigious lists, including the Inc. 5000 Fastest Growing Companies.

Pestana has been honored with awards such as Ernst & Young Entrepreneur of the Year and the Entrepreneur of the Decade by the BYU Marriott School Center for Entrepreneurship & Technology. He continues to support local technology education and software startups by investing in many companies throughout Utah Valley, serving on the board of Domo, Inc.

In addition to his business accomplishments, Pestana serves as chairman of the board for the Libertas Institute which helps pass local legislation aimed at improving freedom for the citizens of Utah. He also mentors local student entrepreneurs and provides support to the Children’s Entrepreneur Market.

Of all of his accomplishments, Pestana is most proud to be the father of three wonderful children and an incredible friend to a wide circle of acquaintances.

About Silicon Slopes Hall of Fame

The Silicon Slopes Hall of Fame & Awards features both the best of the best, while also serving as a return to the past with the rebirth of the Hall of Fame program.

Launched in 1999 by the then Utah Technology Council, the Silicon Slopes Hall of Fame identifies and applauds the technology pioneers and breakthrough leaders who have contributed to the ongoing and growing success of Utah and Silicon Slopes.

Companies like yours rely on website technologies to collect customer data, inform business decisions, improve experiences, and uncover revenue opportunities. But how often have you questioned the accuracy, security, or reliability of the technology guiding your decisions?

As much as you rely on your Martech, it also causes a lot of chaos. With dozens of technologies being deployed across thousands of pages, undergoing constant development updates, and being managed by several teams—things are bound to break. Add to that new privacy regulations, and you could be facing major threats to your customers, your reputation, and your revenue.

You can rest assured your web technologies are functioning as expected and guiding your company in the right direction. 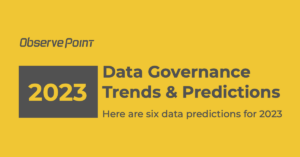