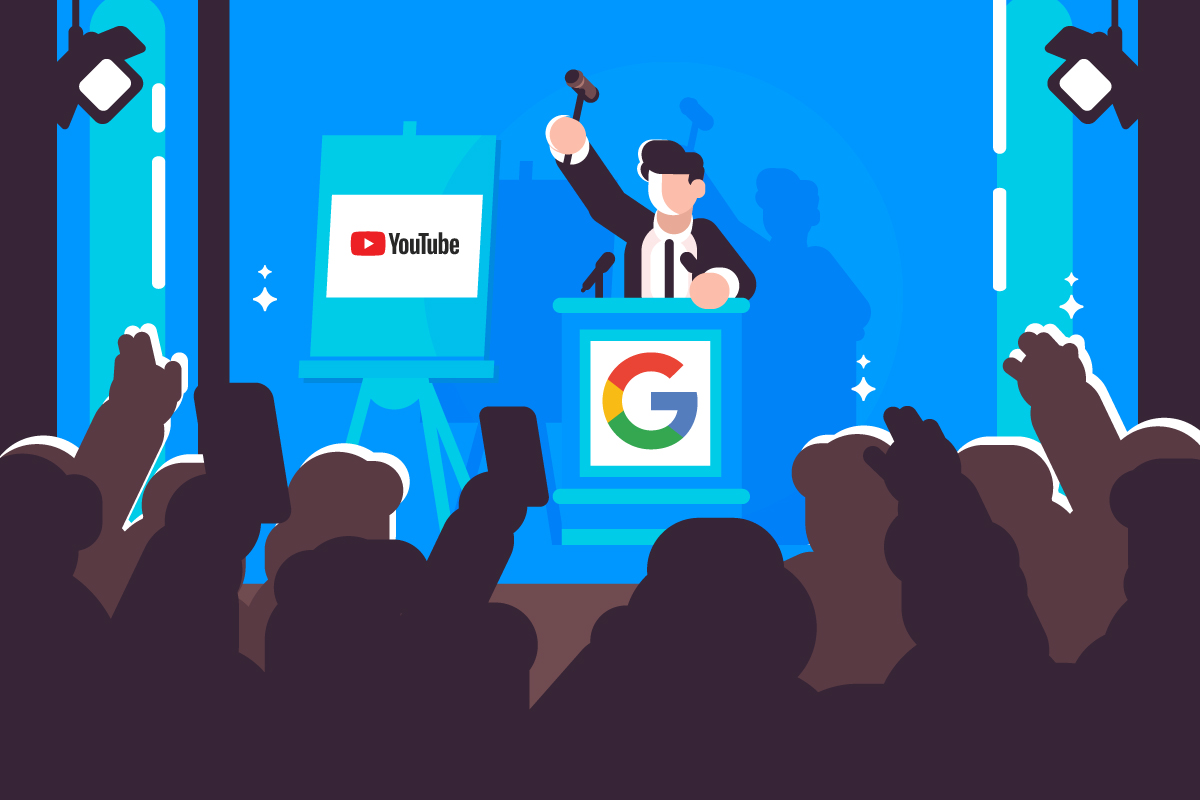 By now you know that Google is transitioning to first-price auctions for programmatic ad buying, aimed for full implementation by the end of 2019. Google has made significant moves in the last 12 months—first restricting DoubleClick ID use, followed by this latest announcement around programmatic ad buying—that limit how marketers access data and promote campaigns.

It’s safe to say digital has seen larger transformations in a shorter span of time than we’ve seen in a decade. Programmatic ad buying, and particularly programmatic display, continue to get more difficult to measure and price. In the wake of numerous changes, marketers must reevaluate their strategies. Most of the initial analysis has focused on how to not break the bank from an ad spend perspective, but there are a few things that need to be said about how to prepare to move in this new world. 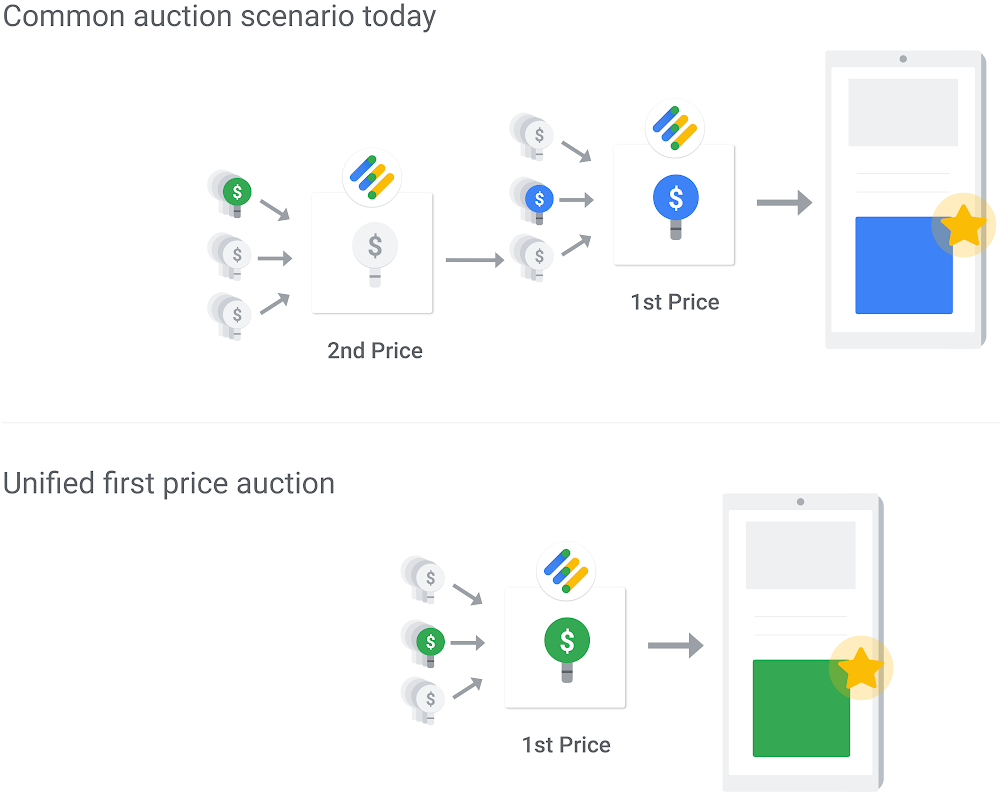 This is only the beginning.

While Google’s shift primarily affects display ads, there’s a significant possibility that this will have a halo effect across multiple channels. According to the Google Blog, the move is expected to have “no impact on auctions for ads on Google Search, AdSense for Search, YouTube, and other Google properties.” And yet it’s difficult to not see this as a strong pilot program for Google.

No crystal ball here; just a sense that Google will see—at the very least—good financial outcomes, with little reason to not apply a similar auction model to other channels. In other words, dismissing this as a problem that only programmatic display ad managers need to worry about is short-changing what is very possibly the future.

Regulation is going to increase.

As data privacy continues to grow as a legislative discussion, data capabilities will continue to change. Your access to data will, without question, become more complicated. Google’s changes in response to GDPR are proof of that, and with each new passed legislation, companies like Google will continue to react accordingly. CCPA is looming large, and a federal bill mimicking it is probable.

The debate around what is or isn’t ethical is outside the scope of this article, however the reality is that big organizations like Google now ironically have the opportunity to own more customer information than ever before, while enacting changes that directly limit data transparency and accessibility for advertisers. Prohibiting DoubleClick IDs from being shared outside Google’s platform has significantly hindered cross-platform performance measurement, and each new act of legislation will come with greater limitations.

For those using certain demand-side platforms (DSPs) and other ad buying platforms, there will be significant pain navigating inefficient bidding and wasted spend. And even for those who did begin transitioning their algorithms early will need to reassess the multiple underlying algorithms supporting this. If the data being fed into the algorithms is at all incomplete, inconsistent, or siloed, the results will be suboptimal.

Even the most robust, responsive bidding algorithms are hampered by the wrong data. Channeling your efforts into developing the best possible algorithmic model to work within isn’t wasted effort, but without a holistic picture supported by the right data, it’s not the right effort.

Google has just given you a huge opportunity.

Instead of focusing simply on reconfiguring mathematical figures to get you the best bidding outcome, shift focus to your entire advertising portfolio. Now is the time for you to reevaluate how you measure marketing performance on the whole, rather than viewing channels as silos in isolation. Instead of determining how best to fund display in this new system, look into each channel’s performance, weigh and measure them together, and act on those insights accordingly. Instead of determining isolated performance, treat all marketing efforts holistically.

It’s possible you don’t need to change much by way of display efforts, and that you should continue funneling efforts and dollars there. But it’s also possible other areas are performing at a higher level and warrant more investment.

Google’s change could be seen as a reason to simply scramble to ensure proper investment for programmatic display ads, or it can become the catalyst to implement a much more holistic approach to marketing measurement wherein all channels inform one another in an increasingly volatile digital landscape.

To see how ObservePoint can help, schedule a demo. 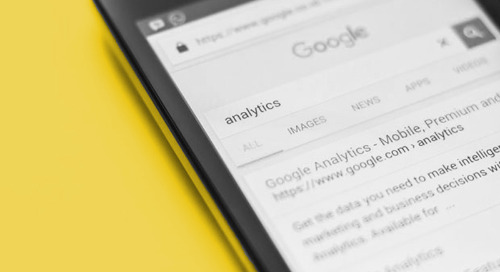 Google Analytics Crash Course: 25 of the Best Tricks and Hacks

Analytics solutions are constantly changing, making it hard to keep up. Learn the 25 most beneficial tricks... 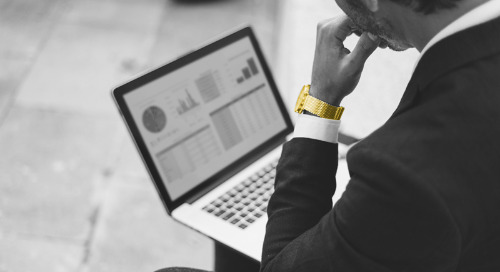 What Is Tag Validation?

Tag validation takes auditing one step further giving you confidence in your site and data you can trust.

Thank you!
Error - something went wrong! 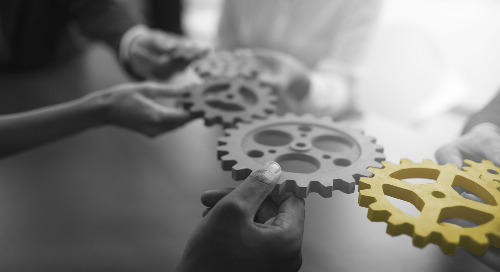 Tealium and ObservePoint have teamed up to make tag governance more streamlined and efficient in order to help you create more personalized user experiences. 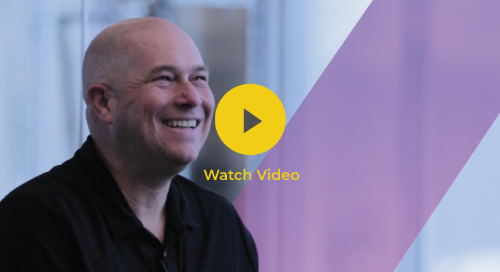 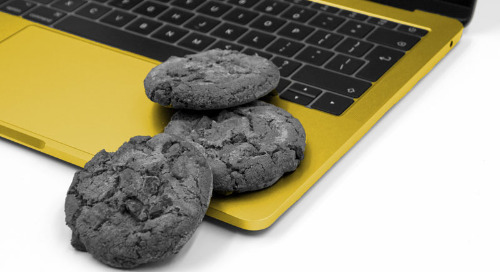 Learn how the recent Chrome 80 release may affect cookies and cross-site tracking for cookies that don't correctly set the SameSite attribute. 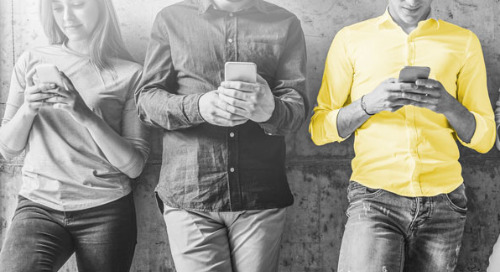 The Future of Mobile Marketing: 23 Experts on Apps, Analytics, UX, and More

Learn what 23 industry experts had to say about the current world of mobile and app analytics in this blog post. 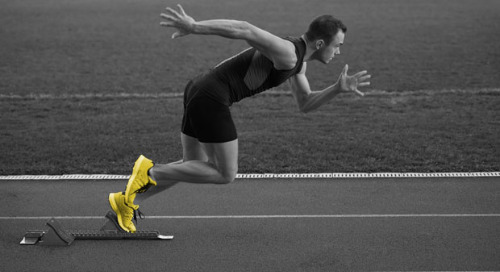 Learn how you can set up automated monitoring of your website's page performance and receive notifications when pages violate your standard of page load times. 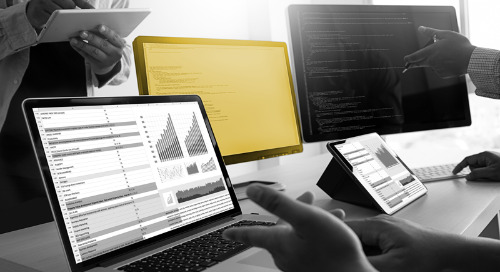 What Is an Analytics Implementation? 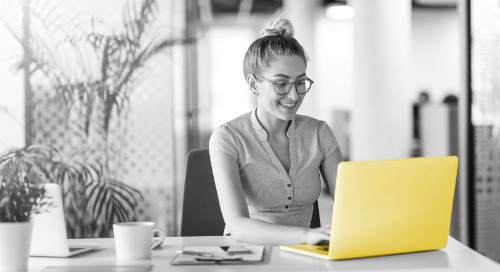 How to Conduct a Google Analytics Audit 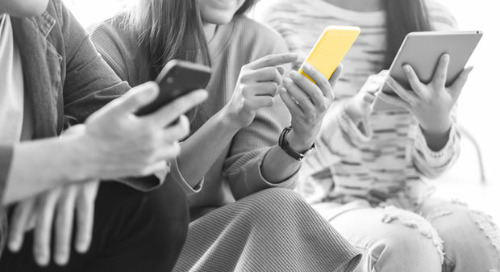 Mobile Is the New Black: An Analyst’s Guide to Capturing Actionable User Activity over the Life Cycle of Your Mobile App

Optimizing mobile experiences is more important than ever. Learn how to optimize your customer experiences with mobile app analytics in this blog post. 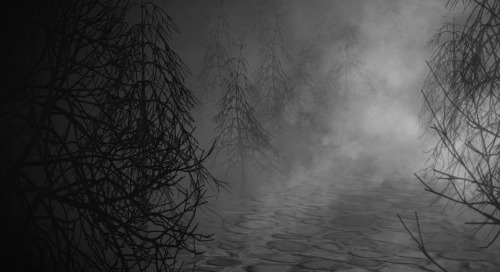 Got Scary Analytics Data? 7 Things You Can Do About It 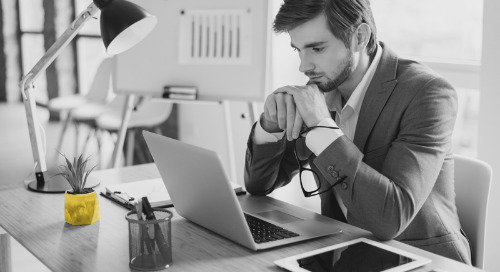 How to Solve the 4 Most Common Challenges in Campaign Tracking

Learn how to establish campaign tracking processes to eliminate errors and boost efficiency. 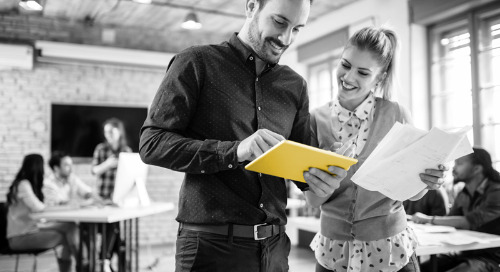 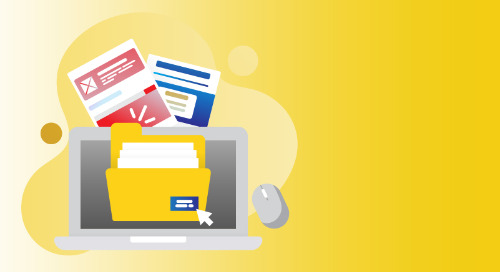 The sunset date for Adobe DTM is rapidly approaching. Learn how you can effectively make the switch to Adobe Launch in this infographic 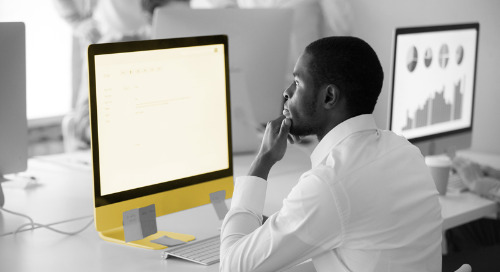 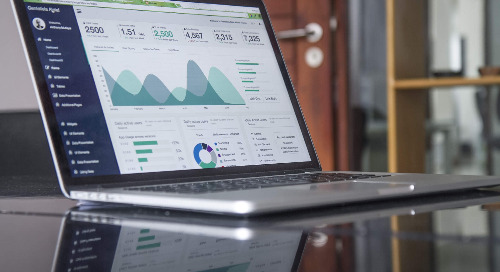 Learn why maintaining a focus on data visualization instead of data quality is limiting your insights for marketing attribution in this blog post. 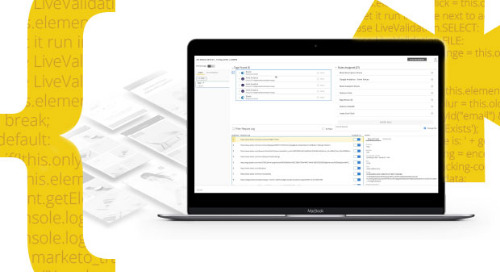 How to Conduct Cross-Device Analytics Testing with LiveConnect

Learn how LiveConnect can help you ensure positive customer experiences across devices by allowing you to test your marketing implementation on your devices in real-time. 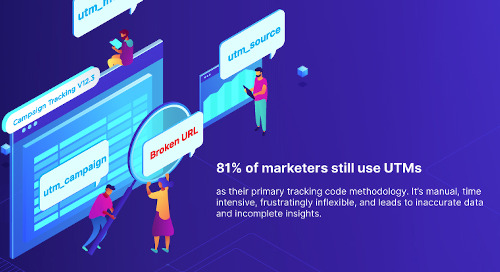 Gain insights into how surveyed marketers track, measure, and attribute performance in this infographic. 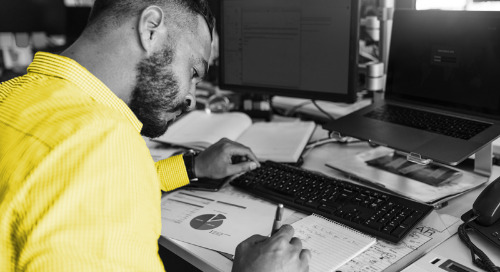 Analytics Testing with ObservePoint Is an Ongoing Practice

Discover why maintaining accurate data on an ongoing basis is critical to giving your customers amazing experiences. 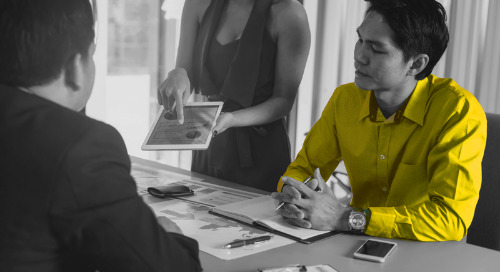 Learn strategies for maximizing analytics testing efficiency in order to make better decisions for your business. 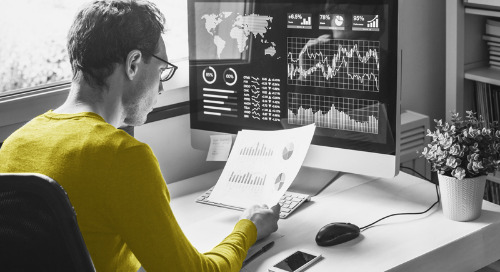 Learn more about what tag auditing is and how it helps companies collect accurate data. 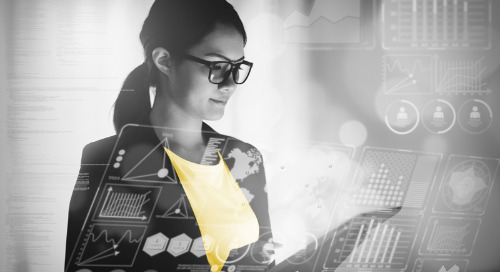 What Is Tag Auditing for Analysts?

Learn the promises and pitfalls of analytics tags and how tag auditing helps analysts discover and prevent data collection errors.